At ottonova, we have taken the challenge of bringing a slowly moving and mostly antiquated business, the one of health insurance in Germany, into the 21st century. For over three years already we’ve been offering our customers not only competitive insurance tariffs, but also the digital products that go along with them. All this to make their lives better and to prove that, yes, insurance can also be easy and fun to use.

It follows naturally that all of us here are innovators at heart. And innovators like to try out new things. “We are brave” – as one of our company values says. In the last years, we have found that a good way to get our creative juices flowing is by holding internal hackathons. The events are organized by our IT department and welcome everyone from the company that has an idea or simply wants to help out. In the first two editions, almost all the engineers participated, joined by many more colleagues from other departments, working in teams. The enthusiasm before and after the event was overwhelming. Everyone was happy to quickly bring a cool new thing live, to try out new tech, or just to hack something up together with some colleagues with whom they would normally not work with.

After such a positive response to the previous instances, we were eagerly awaiting a new installment. What we affectionately call a Hackotton was due to have its third edition this summer. It has already been half a year since the last one. Too long, some would say. We wanted our Hackotton 3.0.

But will a Hackotton be the same if, due to Covid-19, we’re not all in the office together? We have been working remotely since spring, when the social distancing measures were started. We have been doing so successfully, but this time it was not just work, it was a bit more. We did not know how an event that is mostly social in nature would end up if organized remotely. Still, we decided to give it a try.

We planned the event to take about two days. That is enough time to try out an idea, especially when you’re able to hack it and there is no need for the rigorousness of our normal style of work. It all started with a kick-off. If in the last editions this was where ideas were pitched and teams were formed, this time round it was just a very short zoom call to give the start. The idea gathering and team forming was replaced with a Confluence page with a join option for team members. As this was announced well in advance. There was plenty of time to think about topics and decide which teams to join. We ended up having a total of 10 teams and, for the first time, we were joined by external guests.

When the Hackottons where held in the office, all the planning and communication was done in person. There was a constant rustle on the floor, caused by people changing desks to be close to their team, or heated discussion between team members. This time, while the office was still available for the few that chose to go there, most people worked remotely. So the close collaboration mode needed to be emulated somehow. Though some quick planning was done in the beginning to distribute tasks, in the end, we relied mostly on instant messaging (Mattermost) and video calling (Zoom) to get things done.

As we have the good habit of developing only containerized applications, and have quite some practice with this, even “hacked” solutions built during the Hackotton are put into Docker containers. This allows for way easier collaboration and building more complex systems also in hackathon mode. Especially now when working remotely, it feels so good for a team mate to give you an already built container, and you can simply connect it to the part that you are implementing. As a follow up advantage of this setup, we can quickly add these containers to AWS’s ECS in our pre-live environment, so that we demo our ideas under realistic conditions, and later, with the infrastructure already solved, have a smooth path towards a live release.

At the end of an intense second day of hacking, and after hurrying to bring our projects to a functional state and crop up some sort of presentation, we had the chance to show our ideas to the whole company (over Zoom) and see what the other teams managed to build. Everyone was given a 5 minute slot to demo and present their project and impress the audience. A hard task to contain all the passion the teams poured into their projects into 5 short minutes, but the moderators were understanding and allowed for more time when the mark was overstepped.

After all the teams got their turn in the spotlight and demoed their ideas, we had an online voting round to choose a winner. The laurel wreath for the 3rd Hackotton edition went, by a margin, to a very fruitful collaboration between the android developers and one of our designers. They came up with a radically different approach for structuring our mobile apps. They showed how by putting the focus on the doctor appointments, interactions with our apps can be greatly simplified. Their solution takes our current separate Timeline, Documents and Chat sections in the apps, and brings them together under Appointments. This way related invoices, claim settlements, doctor appointments can be reviewed under one place, as well as making it easier to communicate with our customer support. This will allow our app users to have a better overview and control over their interactions with healthcare providers and with us as an insurance company, and consequently them being happier with our service.

Apart from the great mobile app improvement idea, all the other teams brought convincing proposals. In this edition we got to see new tooling for our colleagues in the Sales department, improvements in document processing using OCR, optimizations to our website, internal applications for making our work easier, and even more changes for the better for our customers’ experience using our products. The response from the audience was overwhelmingly positive, and even if the event ended with the presentations and voting, discussions about the projects continued well into the next days.

As any hackathon comes with improvement in morale and team spirit, we can already conclude that organizing them is a long term win for the participants and the company overall. For us at ottonova, it happened that the past Hackottons came with some short term wins as well. Some of the projects ended up being used – either directly, or after planning them into our Roadmap. From the past events we have “Agento”, a very handy internal automation tool that we use to quickly insure children attached to a parent’s account, as well as “ottoPrint” our own PDF generation service, which is much faster and more customizable than the off-the-shelf solution we’ve been using until then. So we are fairly confident that some of this edition’s projects will end up being used. The winner already sparked the interest of the product owners.

With this third edition, and organizing it even remotely, the Hackotton has become part of our company culture and has proven that it can endure. As we are coming to know that “after the Hackotton is before the Hackotton”, we’re now anxiously waiting for the fourth one, and using the time to come up with cool new ideas. 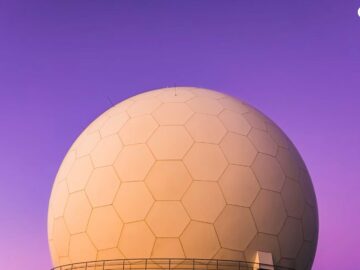 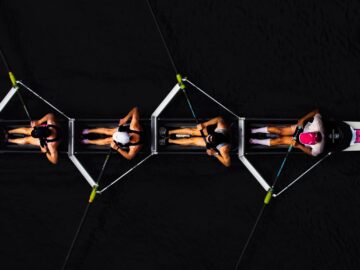 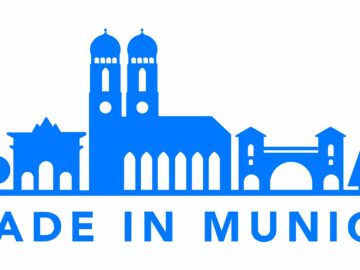